Air protection and regulation of the degassing of vessels: deposition of the first instrument ratifying the amendment to the CDNI

Strasbourg, 07.02.2020 – The Grand-Duchy of Luxembourg was the first State to deposit the instrument of ratification of the amendments to the CDNI (Convention on the collection, deposit and reception of waste produced during navigation on the Rhine and inland waterways). The first step in ensuring air protection by regulating the degassing of inland navigation vessels has been taken. The amendment will come into force six months after the final instrument of ratification has been deposited. 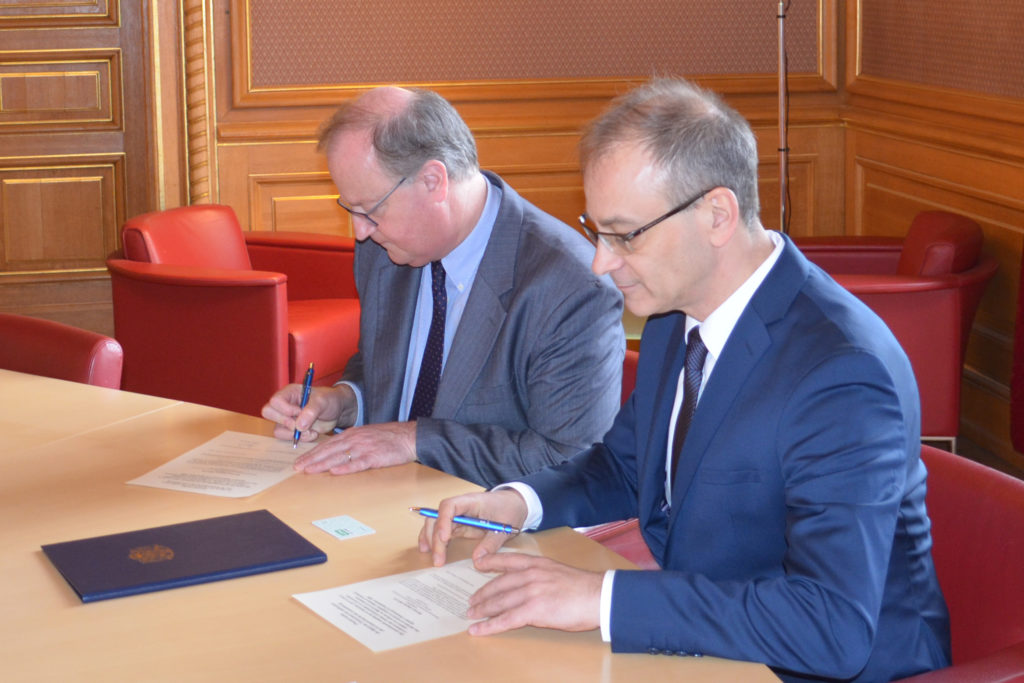 The instrument of ratification was deposited by the Ambassador, Mr Stefan Müller, the Grand Duchy of Luxembourg’s Permanent Representative to the Council of Europe. The deposition was made to the Secretary General of the Central Commission for the Navigation of the Rhine (CCNR), Mr Bruno Georges, which is the depository authority, in the presence of the Executive Secretary of the CDNI, Ms Katrin Moosbrugger.

In accordance with the polluter pays principle, the amendment aims to protect the air against harmful gaseous residues. These residues arise from certain liquid cargoes, included in a list, loaded by vessels, and which are to be evacuated prior to loading the next cargo. The six Member States of the CDNI adopted these new regulations for establishing the necessary procedures and facilities for receiving and handling these gaseous residues.

A dedicated webpage addressing these new provisions and their implementation, containing all the relevant information will be published in the first quarter of 2020.